Lewis Jones, Vic Hey, Eric Harris and Arthur Clues are some of the greats of rugby league who, during their careers with the Leeds rugby league club (LRLC), earned such a kinship with famous South Stand of Headingley. 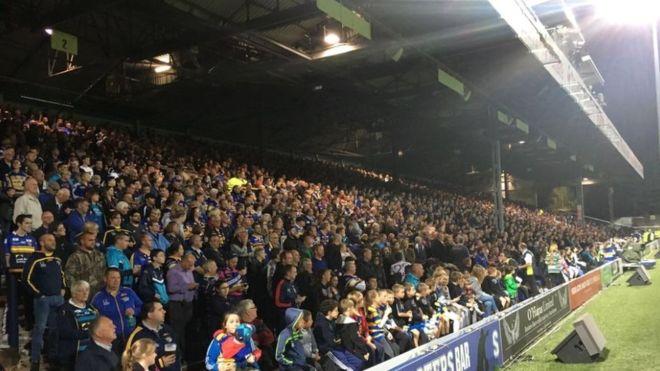 The fact is that all first played for Amber and the Blue before 1952, nevertheless, hints at total how many special players have featured at the front of the iconic terrace that will get demolished after the game against St Helens. Though, the demolition is in its way to a new state-of-the art stand by 2019, but so many memories intact will this iconic terrace is there.

From here, Jamie Jones-Buchanan watched the team, which he is going to be part of from the South Stand. The likes of Garry Schofield, Kevin Sinfield, Mick Shoebottom and John Holmes, would all become the darlings of that Headingley crowd vociferous part since the opening stand in the year 1931. Thus, for the West Yorkshire club, it often proved as an extra man.

The emotional send-off of this terrace is planned for the evening and on the occasion, some handful of Leeds players will be seen actually recall their childhood memories of standing on the terrace as kids.

“At Leeds, my first experience was in the South Stand. I never thought that I would be a professional player some day or play for Leeds. I used to come here, just to watch the game of the best team in my local area.

It has been a wonderful place. The place is the witness of a number of epic games internationally, not just for Leeds. I recall how I used to come here and watch the game of Australians in front of nearly 23,000 people.”